← more from
Rucksack Records
Get fresh music recommendations delivered to your inbox every Friday.
We've updated our Terms of Use. You can review the changes here. 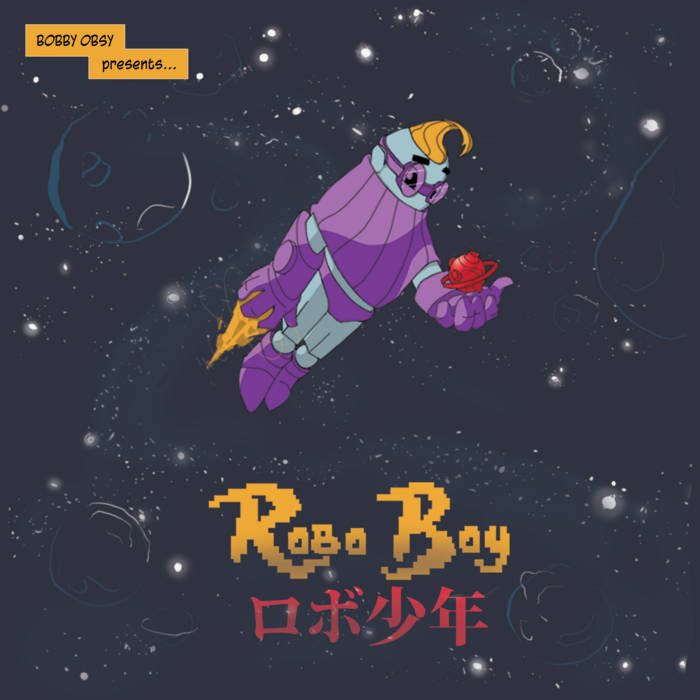 Nick Poulianitis a.k.a. Bobby Obsy is a London-based music producer and designer. His beats are grounded in sample-based sounds, with the help of vintage samplers, synthesizers and live bass. His career as a designer complements his music persona; all character creation and concept art (including for this ‘Robo Boy’ release) is done by himself. His vision is to create new sci-fi worlds through music and design.

Bobby Obsy’s debut album ‘Rusty Gate’, was released digitally in 2018 via Vinyl Digital. This led to a successful campaign on Qrates done on his own, with since then vinyl copies available at HHV, Vinylism, and Jet Set Records in Kyoto & Tokyo. His debut release led to live sets in Amsterdam, London, the Reworks Festival in Greece, and to another vinyl feature on The Find Mag’s ‘Jazzvolution Chapter Two.’

Bobby Obsy: “The reason why I care so much about just three tracks—investing my time building on a solid concept and creating bespoke illustrations—is only because of the over-saturated market in instrumental hip-hop. This release is a statement.

“My mentor and great friend, Propo’88, showed me the true, real way of taking care of business when it comes to music production, paying for mixing and mastering, as well as investing in good cover art. I have to give him credit for that and I believe that this is how every artist should approach his or her work. That’s what I tried to evoke by working on an entire concept for ‘Robo Boy.’”

TRACK BREAKDOWNS:
Click on each track for a detailed description of the beat.

Bandcamp Daily  your guide to the world of Bandcamp

sndtrak stops by with an Album of the Day Feature of his most recent release, FLIPS V1: Triple Lindy